In 1926, architect and academician Alvar Aalto designed Villa Väinölä, a villa in the center of Alajärvi to be the home and office of his brother, geodetic engineer Väinö Aalto. Väinö Aalto graduated from the Technical School a few years after his brother and when he moved to Alajärvi he was in need of his own house. Aalto drew the first version of Väinölä immediately after his honeymoon to Europe.

The inspiration for Villa Väinölä comes from the fresco painting The Annunciation by Fra Angelico in the San Marco convent in Florence. Aalto considered the trinity that dominated the painting – man, room and herb garden – to be an unattainable ideal of home culture.

“The garden (yard) belongs to our home as well as any room,” Aalto wrote in Aitta magazine in 1926. “A Finnish home built for similar effects has been published here, with a few drawings. Here, too, the hall is the center of the house […]”.

The idea of the house was to combine an open outdoor environment with an enclosed interior. The main theme of Villa Väinölä is the central location of the hall, which sky-blue roof resembles the open air. However, the Väinö brother thought the plan was too expensive and peculiar, so Aalto drew a simpler and cheaper version of the building. The final Villa Väinölä was completed in 1926 and later in 1938 Aalto designed an outbuilding to the villa, which is clearly different in style from the main building – after all, there was more than 10 years between their designs.

On the first floor of Väinölä were placed the hall, the rooms of the host and the assistant, the kitchen and the exit to the garden. The second floor of the house had several bedrooms and a living room. On the staircase leading upstairs, Aalto drew the slender ionic columns, which are still in place. Aalto’s early wooden buildings and experimental color scheme differ greatly from the ideals of later functionalism, which became his trademark

Väinö Aalto and his family lived in Villa Väinölä until they moved to Vaasa in 1950. Toini and Väinö Aalto sold Villa Väinölä to the Alajärvi Forest Board in 1952 and the municipality of Alajärvi bought the building from the Forest Board in the same year. The municipality placed a municipal doctor’s apartment in the building and an additional wing was built to the south end of the house to function as reception facilities.

Väinölä has since operated as a tax office, a dental office, municipal leisure offices and most recently, the housing and building inspection offices of the city of Alajärvi, after which it has stood empty for more than a decade. The building has been renovated with funding from the Finnish Heritage Agency, Aisapari and the city. The renovation was completed in spring 2018. The Nelimarkka Museum has been managing the building since January 2015. Exhibitions, events and architectural residency are organized at Villa Väinölä. The building can also be rented for meetings and parties. 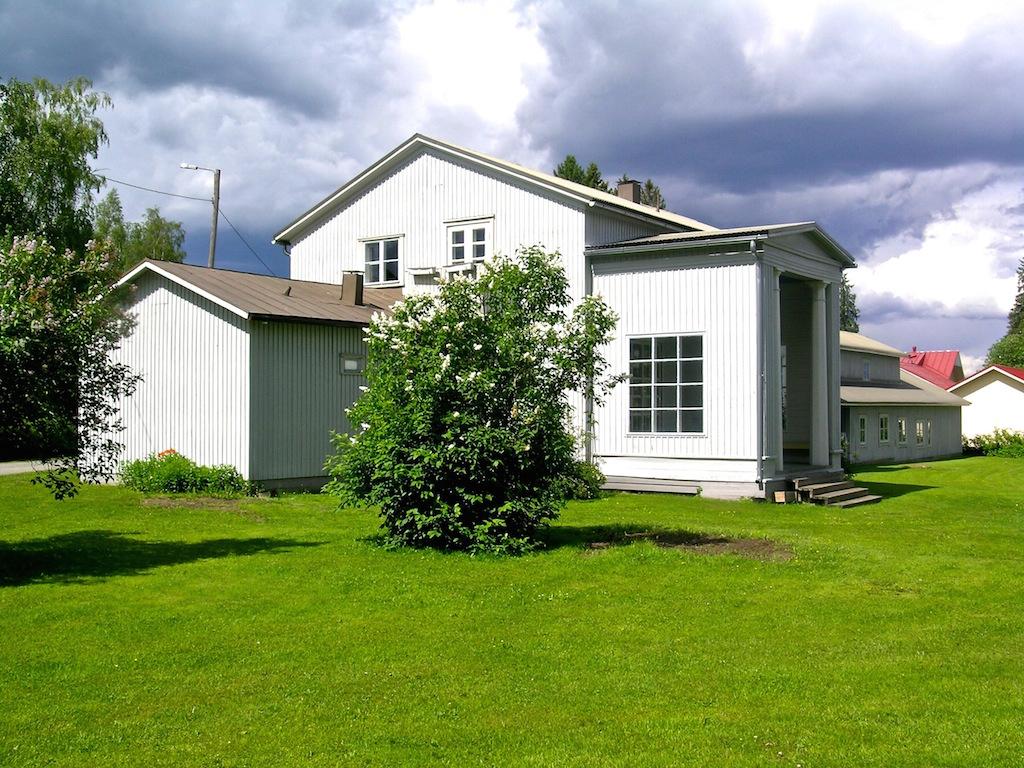