The History of the Museum

The Nelimarkka Museum in Alajärvi, built by Eero Nelimarkka and designed by his friend, architect Hilding Ekelund, was opened in 1964. The completion of his own museum building in the countryside of Southern Ostrobothnia was the fulfillment of Eero Nelimarkka’s dreams. Nelimarkka’s decision to locate the museum in Alajärvi aroused astonishment, but he believed that art belonged equally to everyone. He especially felt that the people living far from Helsinki, particularly the people in the region of Southern Ostrobothnia, had been left without a chance to discover art.

The idea of founding an art institution was first born as early as the 1910s, as Nelimarkka joked to his friend, architecture student Hilding Ekelund, “If I ever build a house, you will design it”. Eero Nelimarkka’s main goals for his museum were the internationalization of art and the promotion of art education. The Museum building was to serve as an exhibition space and art school.

After the wars, Nelimarkka could afford to fund his own Foundation thanks to his financial success in selling his artwork. The Nelimarkka Foundation was established in 1945 to “assist and support Christian educational work and increase the foundation’s art collection”. Originally, the artist planned to place the art collections of the art school and Foundation in the summer villa he built in Alajärvi, but the villa turned out to be too small. In 1961, the Nelimarkka Foundation bought the main farm of the Nelimarkka family with its buildings near the villa. The following year, the artist placed the Foundation’s collections in the farm’s residential building and began running an art course there. 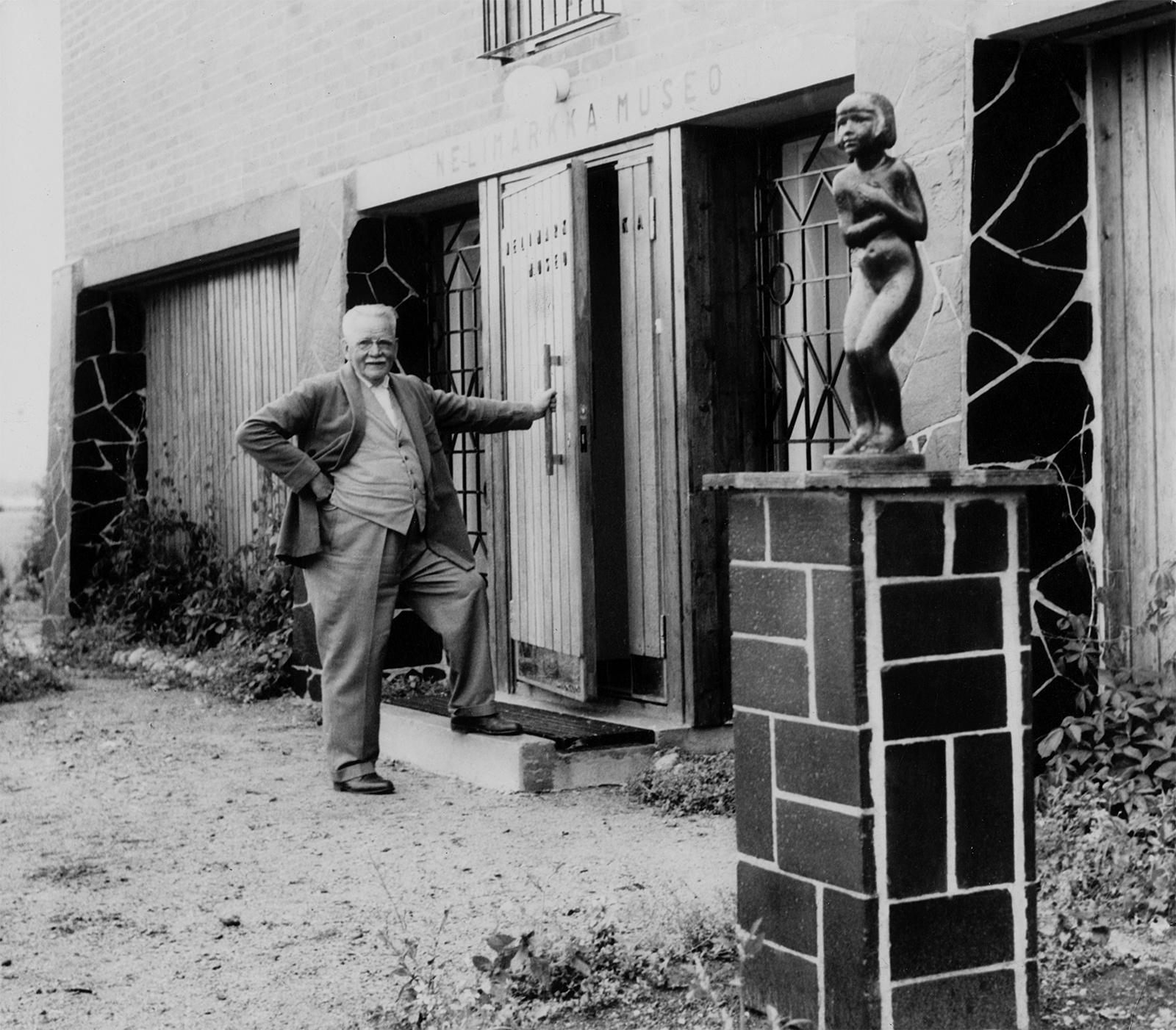 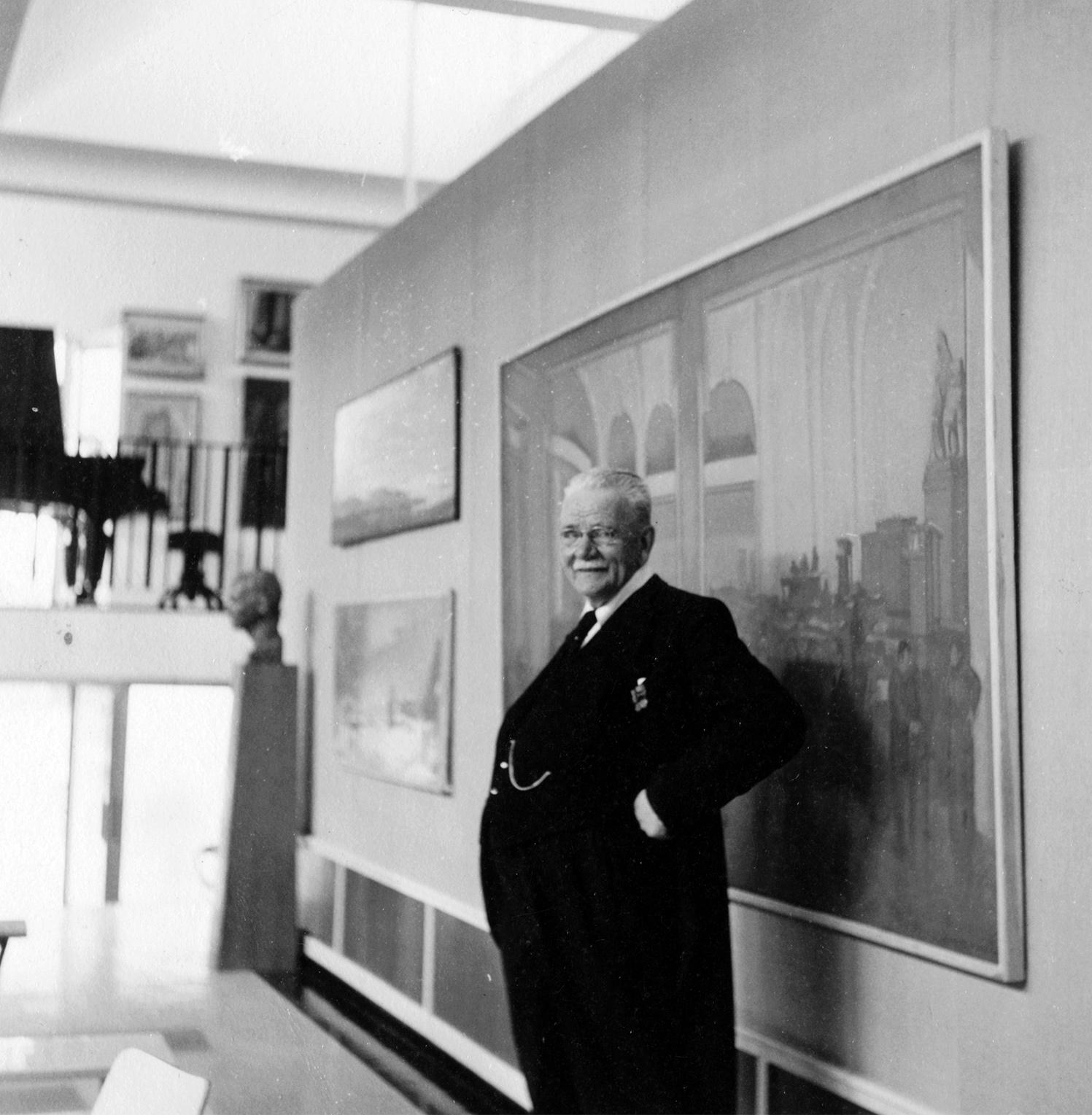 An Italian-inspired, neoclassical museum building began to rise on the site of the Nelimarkka family’s old barn. Although the planned art school never materialized, the concepts of art school and museum were inextricably intertwined for Nelimarkka. In the opening speech of the Nelimarkka Museum in 1964, the artist hoped that the expanding art collection would be used as an observational teaching tool to generalize the hobby of visual arts and art education to all.

The museum was expanded in 1972–1974, mainly according to Eero Nelimarkka’s own drawings. Professor Nelimarkka kept his museum open himself in the last year of his life in 1977. The museum was municipalized in 1981 and named the Southern Ostrobothnian Regional Art Museum in 1995. From 2020, the regional art museums were replaced by museums with regional responsibility. The Nelimarkka Museum operates as the museum of regional responsibility in art in the province of Southern Ostrobothnia.

The museum building has been renovated several times by the municipality of Alajärvi. Since 1983, all alteration and repair plans have been implemented by architects Käpy and Simo Paavilainen. The Finnish Heritage Agency has defined the museum area as a nationally significant built cultural environment in 2009. A new art storage designed by architects Käpy and Simo Paavilainen was completed during 2013, and in 2014 an elevator was built to make the multi-storey building accessible to people with reduced mobility.