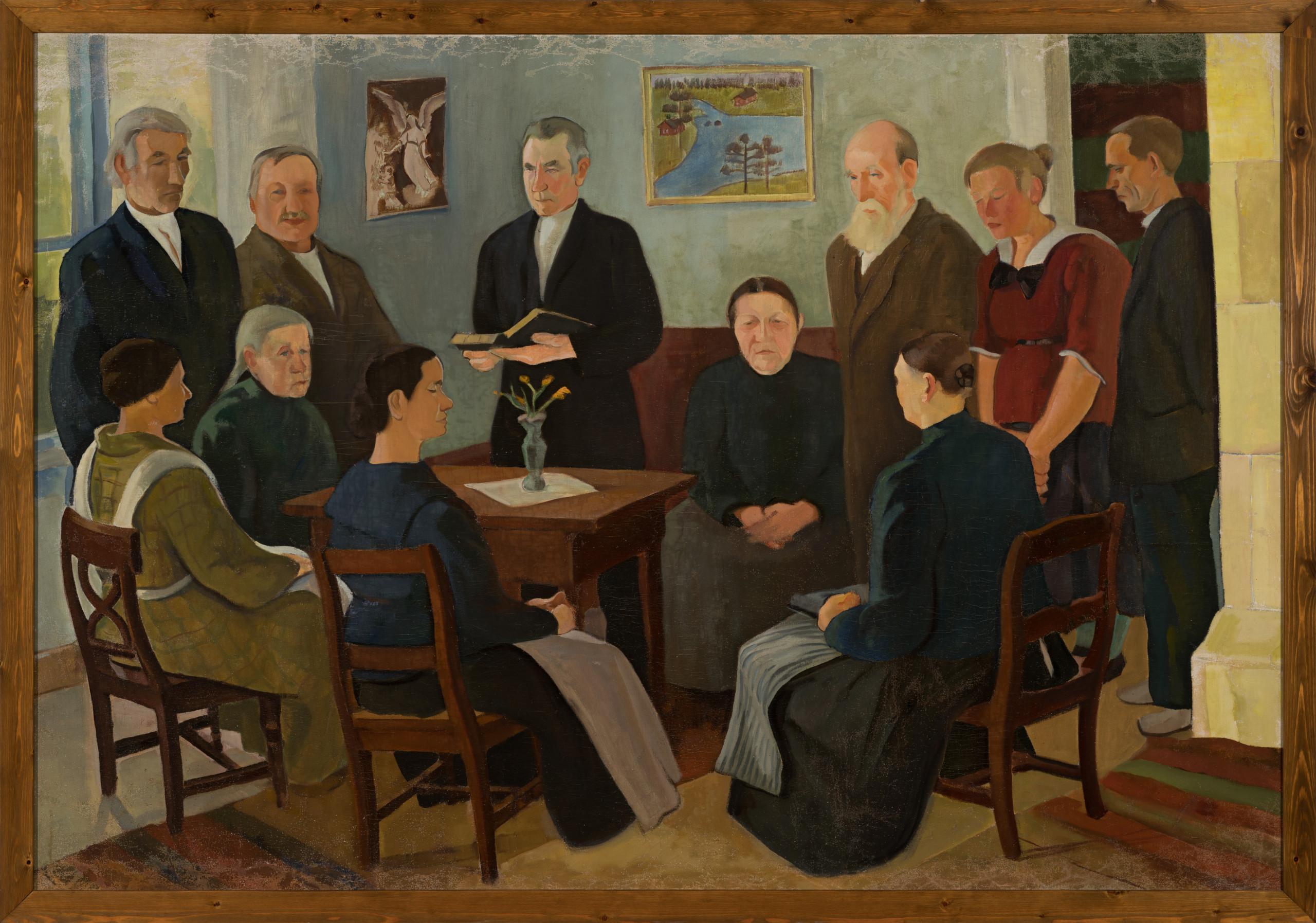 Through the World We Pass

The Through the World We Pass exhibition explores religion and religiosity, and the Christian cultural tradition in visual art. The exhibition’s main viewpoint is on non-ecclesiastical art from Ostrobothnia. Are the religiosity and religious movements, such as The Awakening (körttiläisyys) or Lestadianism, that have had, and still have, such a powerful influence in Ostrobothnian regions reflected in this art? Do traditions or the current era have an effect on the religious urge and its manifestation? What is contemporary spirituality like?

Religion is deeply interlocked with culture and society, but, in the present day with its kaleidoscopic cultural and religious traditions, relations between religion and culture have changed. In secularized contemporary Finland art has increasingly begun to take an interest in religion, but without necessarily being religious.

In their art the exhibition artists deal with their own faith or religiosity, religious customs and traditions, prejudices linked to religion, the external markings of religion, churches and churchgoers or spiritual values, the sacred, experience of the sacred and with its coalescing with everyday life. The artists’ themes are, for example, angels and devils, Adam and Eve, paradise, the gates of Tuonela (the realm of the dead), the scapegoat, followers of the Awakening, preachers, priests, cantors, funerals, prayer beads, Jesus, pauper statues, churches, the Madonna, and the Nativity story.

The exhibition has been curated by Anne-Maj Salin.